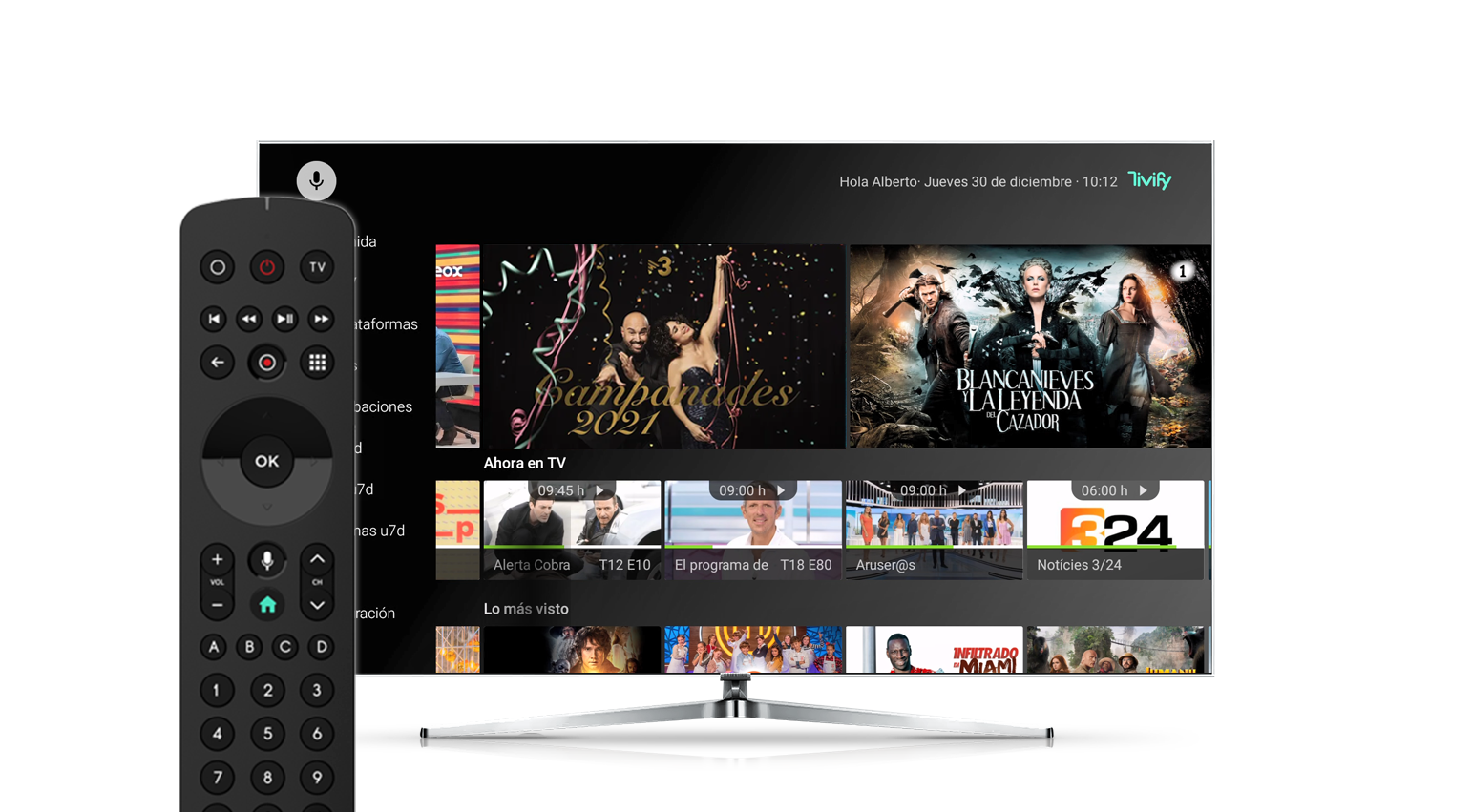 Tivify continues its commitment to innovation, and, on 31 December, all its users will be able to enjoy the TV3 chimes in low latency. The streaming TV platform developed by TVUP Media Telecom, in collaboration with Synamedia, will set up a special channel on dial 300, where it will offer the TV3CAT signal at lower latency than usual for an Internet TV service. Thanks to this, its users will enjoy the start of the new year with an experience comparable to that of DTT.

TVUP Media’s channel headend, TCS Core, has a direct interconnection with the Corporació Catalana de Mitjans Audiovisuals (CCMA) via SRT, which allows access to its broadcasts as close as possible to real-time and transport the content to TVUP’s infrastructures using a secure protocol. The processing and distribution of the content will be carried out in just 6 seconds over the reference time, which will provide an experience similar to that of DTT broadcasting and reduce the usual difference between live and internet broadcasts by more than 30 seconds.

What is latency, and what are the challenges?

Latency is the time delay between the transmission of live content from the source until it is received and displayed by the playback device. Typical linear broadcast TV transmission (DTT or Satellite) varies from 2 to 6 seconds. Internet transmission is typically from 30 seconds to more than 60 seconds, depending on the display device and the type of video processing used.

The challenge for the Internet broadcasting industry is to reduce this latency to a range closer to that of the traditional broadcast signal, or even less. In this field, significant developments are taking place in optimising live streaming processes by implementing new standards, such as the Common Media Application Format (CMAF), and making changes in encoding, delivery to CDNs and playout technologies. All of this closes the latency gap and provides near-real-time data. The reduced latency for streaming linear video over the internet is commonly referred to as “low latency”.

TVUP Media has been developing an important R&D work in TV channel processing in virtualised TV headend environments, many of them within the framework of CDTI projects (Centre for Industrial Technological Development of the Ministry of Science and Innovation). As a result of this activity, TCS Core has been created, which currently processes hundreds of distribution channels over the internet for Tivify and other TVUP Media Telecom clients.

The approach to the need to reduce end-to-end latency for latency-sensitive content, especially all so-called “real-time” content, has been carried out with different technology partners, and Synamedia has stood out among them for its willingness to co-innovate and its commitment to startups in the Media industry.